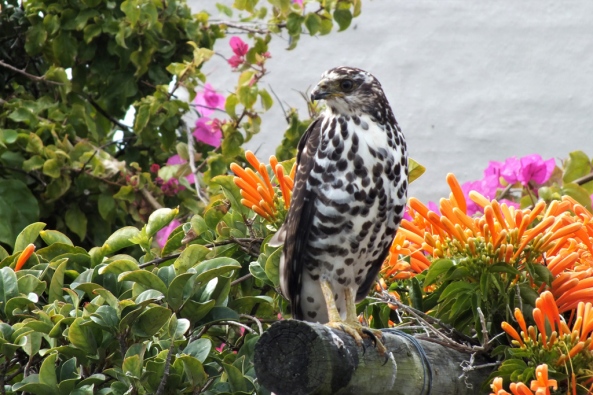 Mike MacNaught sent me this amazing picture of a truly spectacular bird seen in his garden; and what a setting!  It all goes to show that if you keep your eyes open, you will see wonderful things!  Well done, Mike!  No doubt the bird is wondering where all the people have gone and maybe wants to move in!

The table in the above attachment shows the state of play in the 2019/20 BBY Challenge.  The team really has been successful with no fewer than 753 species seen by the combined participants.  Ronnie is currently ahead with 498 species;  Peter is a mere 8 behind at 490, whilst Mike has seen 410.  This is all likely to change with three months of birding remaining, especially since Mike is heading off to Limpopo and the migrants are all back.  We look forward to some fantastic lists and big numbers!! 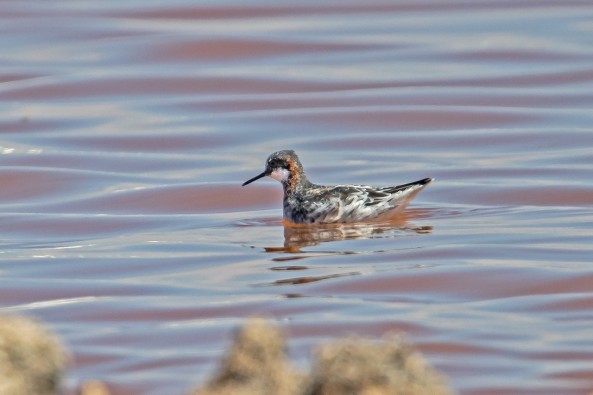 Luke Horsten has taken this image of the Red-necked Phalarope which was seen at Velddrif, and which is a lifer for most members.  It is a great picture of the rarity.  Well done to all who saw it! 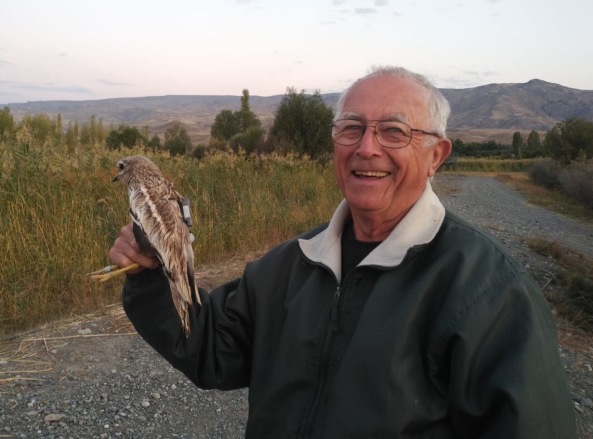 Mike in Turkey with the first ever Stone Curlew ringed there!  Does he look pleased, I wonder?

After six months there is a clear leader in the Southern African Birding Big Year Challenge and that is Peter Dagg with 438 species.  Well done Peter!  He is followed by Ed Meyer and then John and Irene Saunders.  See all the results at August Combined Challenge Results

An impressive total of 670 species has been seen by the combined Challengers so far. Perhaps we can exceed 700 by the end of the event.  What a team!! 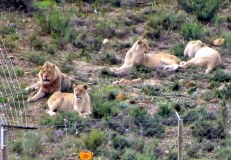 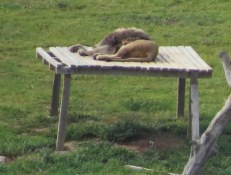 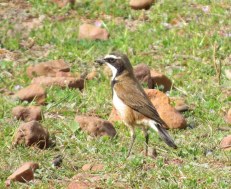 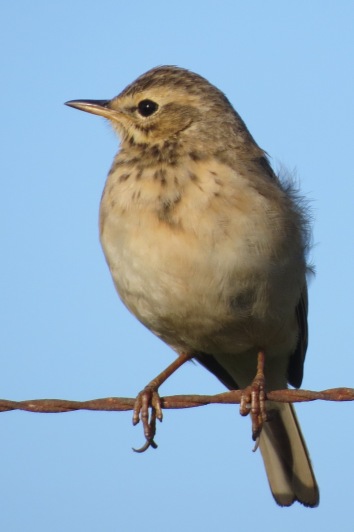 Ten birders set off along Hawston View Road for a most productive and pleasant drive. The Overberg was at its best  −  rolling green hills and fields of bright yellow canola. We made a number of stops along the road and were rewarded by Karoo Scrub-Robin chasing each other, and some very energetic and loud Cape Clapper Larks. After coffee and rusks at the little bridge over the Bot River, we traveled along the van der Stel Pass for more good sightings, including a Booted Eagle, and flying Secretary Bird. Oh, and a pride of lions. Yes, really!

We had a brief stop at Beaumont farm, but by then the wind was producing some very strange hairstyles among our intrepid group and we decided to retreat gracefully and drive back home.

The list of bird species seen or heard by all, or some, in the group: 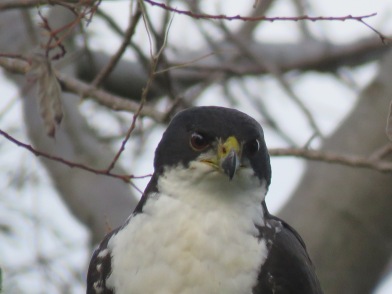 On a quiet, peaceful afternoon in early August the cooing of the doves and happy chirping of the sparrows in our garden was shattered by a frantic panic as they all took flight!  This was a typical reaction when our fairly regular visitor, an African Goshawk made a raid for an easy meal.   I went out expecting to see the goshawk, but in the Keurboom opposite our bedroom was a pleasant surprise, a very relaxed Black Sparrowhawk!  He seemed to be inspecting the garden and surrounding trees for a dove or other prey, which gave us 20 minutes of spectacular viewing and photographic opportunities.  A few images are attached to share our enjoyment.

This was our first sighting of a Black Sparrowhawk in Voelklip!

Shirley, Kerrin (our daughter) and I spent a very exciting day birding in the Dlinza Forest, Ongoye Forest and Mtunzini in KZN  on Wednesday 12 June 2019 and I’d like to share some rather poor quality pictures of “specials” we picked up.  We had a wonderful guide, Abednego Dube, whom I would happily recommend. The so-called roads in Ongoye are shocking (almost non-existent in places) but luckily we had the use of a sturdy Toyota Forester Diesel which served us well (Shirley doing all the driving). In spite of June being probably the worst birding month, we were very happy with the results.

“Lifers” for me included Green Barbet, Eastern Bronze-naped Pigeon (spotted by Shirley), Black-rumped Buttonquail, Croaking Cisticola, Olive Sunbird, Yellow-rumped Tinkerbird and Palm-nut Vulture. We were hoping for Twinspots in Dlinza but no luck this time.

A HBC tour to that part of the world might be well received, don’t you think? Especially in Spring – the birding will be amazing! 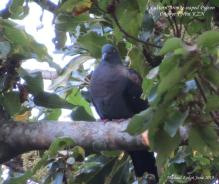 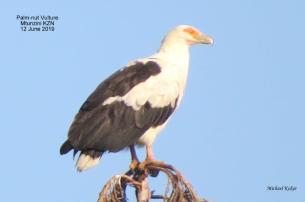 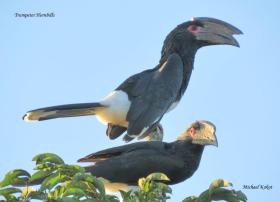 Some of you will have seen the article in the newspaper about a Marsh Owl at Rietvlei.  Well, Jill Ekstein went to see it and sent me these wonderful images.  Many thanks!  I am sure that you will all enjoy seeing them.  It is being harassed by a Marsh Harrier. 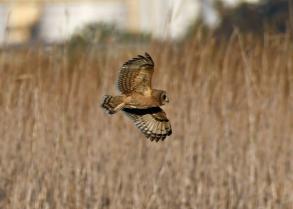 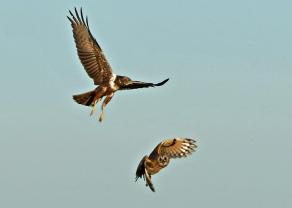 Lester and Cheryl sent in these pictures and said the following,

‘At Rooi-Els there were at least 4 Shy Albatross gliding over the large swells from the Cold front as well as close views of a Southern Giant Petrel. Between the houses we found a Male Sentinel Rock-thrush sitting on a pole.

At Harold Porter we quickly located the White-fronted Bee-eater – seems quite settled there with all the insects around!’ 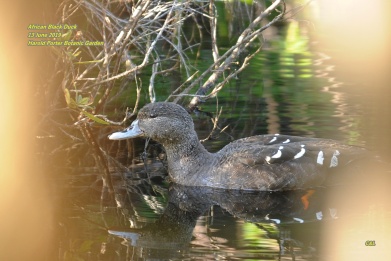 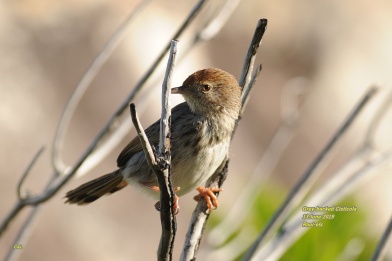